With the air temperature not getting above 5 degrees all day, the 13 teams of 3 fished round 4 of the Teams of Three Winter League, in proper winter conditions. With points being at a premium for all of the teams taking part, it was going to be down to the all important draw to decide who would get amongst the points on the day.With half of the series already completed, there are three teams leading the rest of the pack but the last three rounds can prove to be the saving grace for teams playing catch up, with anything possible as mother nature dictates the sport.

It turned out to be a day of low weights as the bitterly cold conditions made the going very hard for all but a few on all lakes. This weeks most productive bait was maggot on the hook with either micro pellets or small amounts of maggots as feed. with the points being shared around this week but Preston kept up their good show in the league, remaining top of the table, with Hinders Select & Team Fin still in with a chance of making the league crown their own, with just two rounds to go.

On the day, the top team was Jason’s Finest who took advantage of a good draw to end the match with 11 points. Second on the day were Preston with 12points and the third placed team on the day were Team Moaners with a hard earned 17 points. 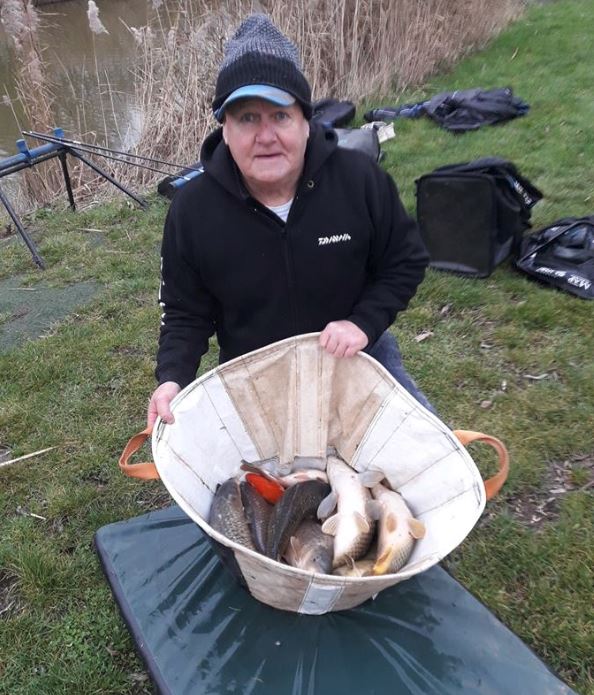 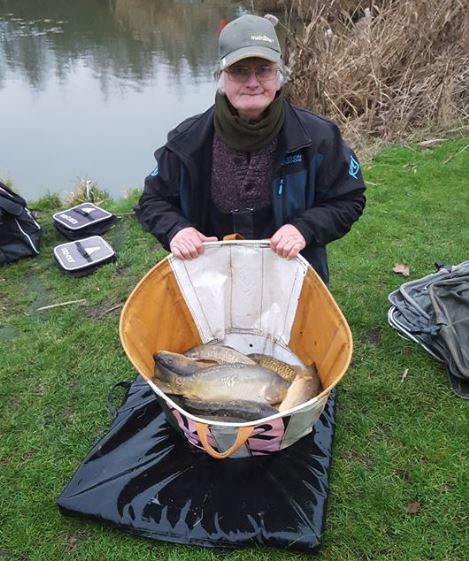 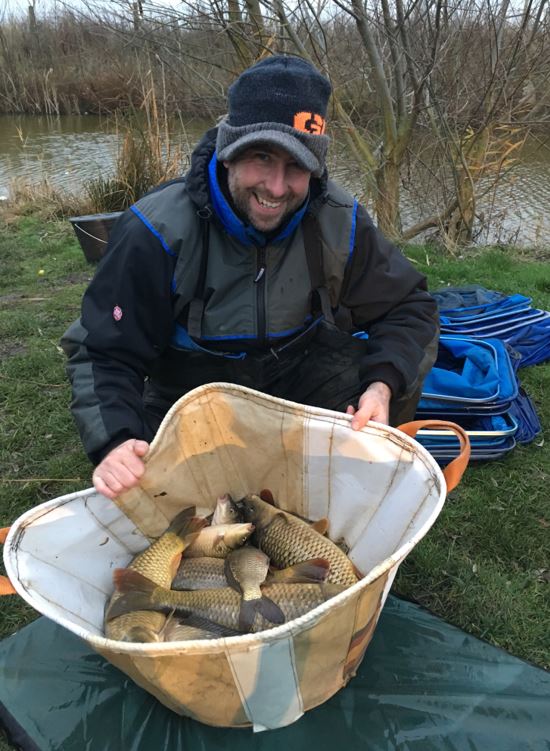 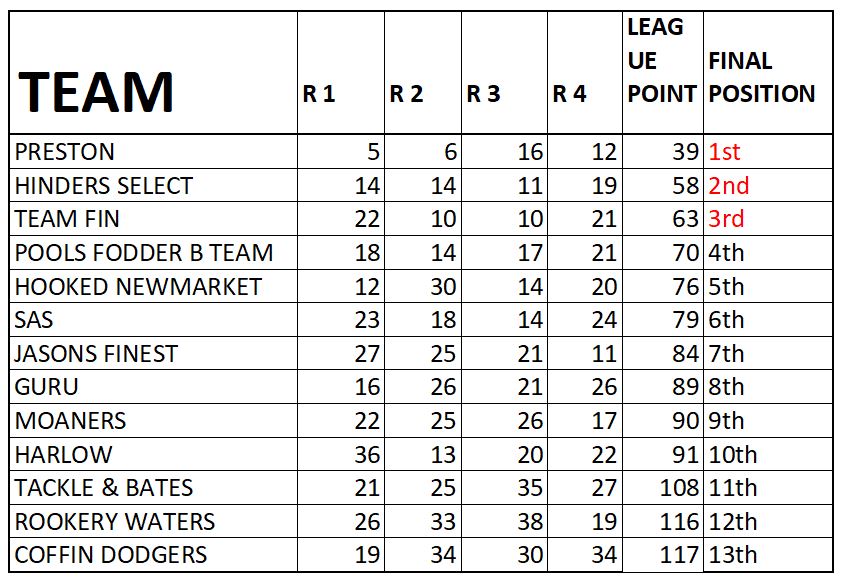